We happily present the next David Lynch-related video essay by Malmrose Projects, his analysis of Lost Hghway (1997). Unlike some of the other YouTubers on our list, Malmrose skipped over reviewing the majority of David Lynch's filmography. We can assume he is more interested in discussing Lynch's last three films released theatrically rather than analyze his work as a whole, which is why he skipped directly to what he cares about most. I would be pleased if one day he went back to address David Lynch's other films, which are an amazing odyssey.

Where David Lynch's Mulholland Dr. (2001) is refined and precise in its pace and tone, Lost Highway (1997) is raw and rough. And aside from flipping the gender of the central protagonist, both films are very similar in overall story, tone, and theme. It is almost like both movies are twin films, each nearly identical in their general form. One could even call them doppelgangers, which is a theme near and dear to David Lynch's heart since Twin Peaks (1990-91) and its prequel film Fire Walk with Me (1992). 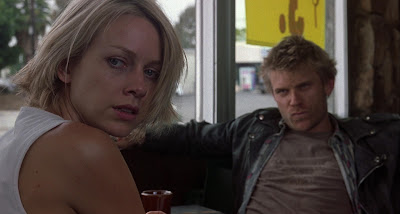 Ostensbily, both Lost Highway and Mulholland Dr. are about a fractured human mind trying to coherently explain away its own madness, coping with the brutal murder a loved one in the City of Angels. Are strange conspiracies and supernatural forces betraying the central protagonist and ruining their lives? Or are these protagonists deluded, self-centered people trying to rationalize their own horrific behavior?

Neither film offers easy answers to these questions. Both are ambiguous and surreal, particularly in the way they pull the carpet out from underneath the audience with new and disturbing revelations about each film's star. Yet in spite of their similarities, Mulholland is the film that gets most of the credit and adulation, admittedly for good reason. But to an extent, it feels like David Lynch is a painter obsessed with the same subject now and he has never stopped trying to make Lost Highway ever since 1997. 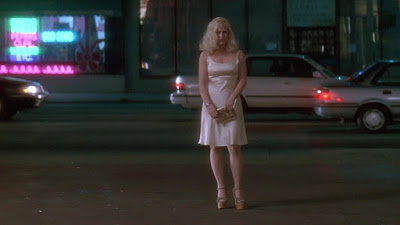 To an extent, even though not explicitly sharing the same structure as Lost Highway (1997), David Lynch does use his same bag of tricks from this film in his later Inland Empire (2006), too. Particularly, the central protagonist weaving in and out of different identities, plagued by possessing spirits and troubling demons. Or is this supernatural threat a more symbolic representation of how men and women feel in failing relationships? Watch Lost Highway and decide for yourself.