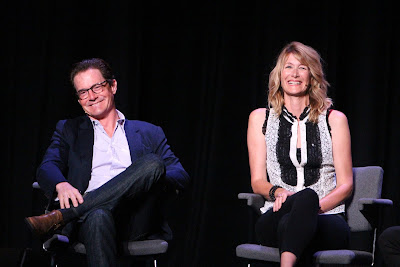 Film Critic Elvis Mitchell invited Kyle MacLachlan and Laura Dern to visit with him for a brief Q&A to commemorate a special screening of their first and only other film together, David Lynch's Blue Velvet (1986). This was all part of the celebration around David Lynch's ongoing music festival dubbed "Festival of Disruption." Of interest, the two actors were probably taking a break from filming their top secret scenes together on Twin Peaks: The Return (2017).

Excuse the quality of audio in the video. I know it can be difficult to follow sometimes. I could not find a better version of this Q&A in time for this blog, though, so I went with the best version available. 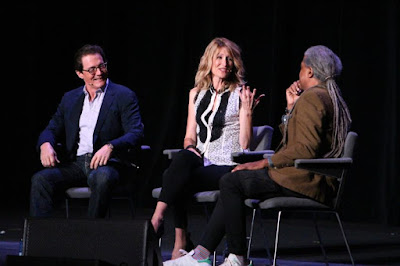 As always, Elvis Mitchell is an excellent interlocutor who speaks only enough to help direct the conversation, but gives his interview subjects plenty of room to share their anecdotes without unnecessary interjection. I will discuss Elvis at greater length in tomorrow's blog, which features another one of his great interviews, too. 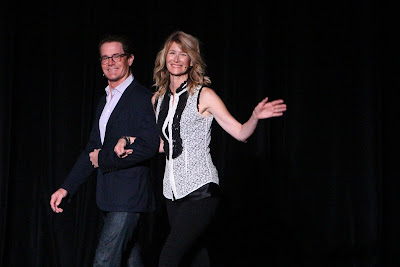 Kyle MacLachlan and Laura Dern first met during pre-production for Blue Velvet and they shared a significant amount of years together in a romantic relationship after that. For exes, they are still very charming and convivial. Some of that exuberance from their "young love" seems to flavor their professional relationship to this day. And to their credit, they do not come across overly awkward, in spite of their obviously complicated history. 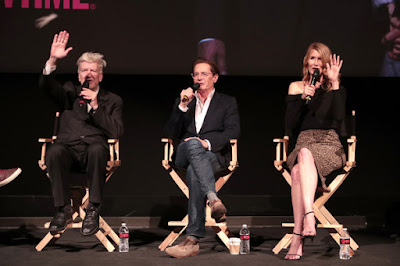 MacLachlan and Dern are clearly grateful for the career opportunities opened up to them in their early careers with director David Lynch. And I hope they still offer Lynch with a much more inspiration for future projects in the years to come. As his most utilized male and female film muses, it would be interesting to see them tackle more mature roles as they age together. Similar to Ingmar Bergman's relationship with his film actors, too.