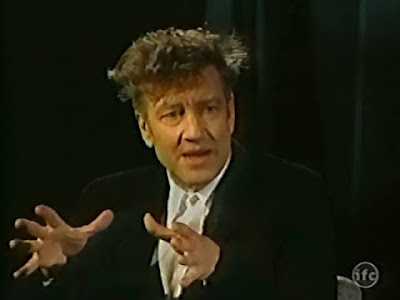 Check out this informative David Lynch interview with film critic Elvis Mitchell. For those unfamiliar with Elvis, he has long been the host of a film-related interview show on the Independent Film Channel, as well as hosted numerous other TV shows, filmmaker Q&A's, radio shows, and podcasts. He is one of the most experienced and respected film critics in the world and has conducted a number of insightful interviews with the best filmmakers of the generation.
Elvis is one of my favorite interlocutors, spacing out excellent questions with plenty of space to let a filmmaker communicate his personality, style, and working techniques in ways that were exceptionally useful as a young, fledgling filmmaker, too. His interviews are a wealth of filmmaking knowledge that film students, fans, and professionals should study. 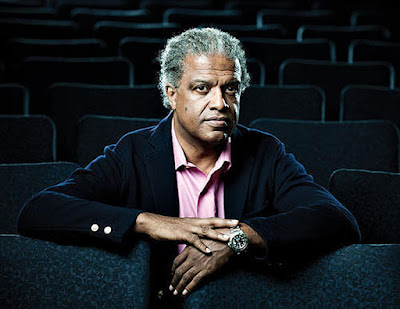 With the passing of Gene Siskel, and then many years later Roger Ebert, there has not been a standout film critic to capture the public's attention in quite the same way as that duo. But between Richard Roeper and Elvis Mitchell, they represent some of the best, old-school film critics still actively reviewing movies and interviewing their creators. If I were to try to remake Siskel and Ebert at the Movies, it would probably be with Roeper and Mitchell.