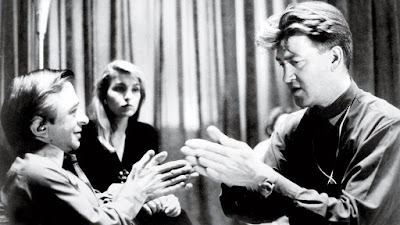 Here is an excellent overview and analysis of director David Lynch's work done by Lewis Criswell on his YouTube channel. I like his use of clips here to punctuate his video essay's points. Whatever personal conclusions you come to, the clips themselves are useful at setting up the mood and overall atmosphere of David Lynch's work.
I am not sure if Lewis Criswell ever read my blog 35 Years of David Lynch, but I certainly detect hints of my own research and approach to Lynch's work occasionally pop up throughout his essay. I would be flattered if it turned out I am one of his influences in the making of this video essay, but whether I am or not, think he is at least participating in the same discussion of Lynch's film work that I do, too.
Many of Criswell's points I agree with, a few points I do not. But more importantly, I like Criswell's overall journey through Lynch's oeuvre and interview excerpts. One aspect I appreciate is his use of David Lynch soundtracks in the background of his spoken dialogue, which is something I played around in some of my own videos on David Lynch, too. 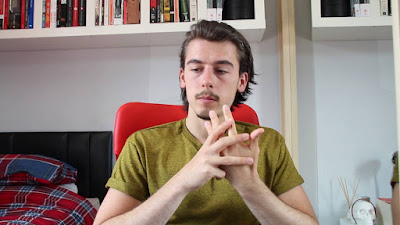 Lewis Criswell has a good channel and I recommend you check out his video essays on Stanley Kubrick, too. I have thrown some support of him and his essays before, as he confronted the same YouTube Copyright wall as I have when attempting to release his essays. He finally won out in the end, which I hope makes it easier for me to release more work online again soon. I look forward to Criswell's future work and I would enjoy even more video essays on specific David Lynch's films in the near future, too.