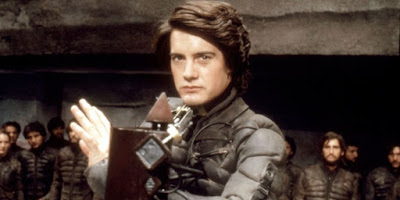 The world was David Lynch's oyster and with all the good will he earned after The Elephant Man (1980), he took an offer by Rafaella and Dino De Laurentis to direct one of the most anticipated film adaptations of all time Dune (1984). Although David Lynch would later regret his lack of Final Cut and having to shave an hour worth of film to try to come in under the two hour and fifteen minute mark set by Dino for the Theatrical Cut.

I write at length about the production of Dune in my book series 40 Years of David Lynch, because I personally love Dune and think it is one of the most deeply profound blockbusters ever produced. And the production itself was one of the most difficult ever undertaken in the history of cinema. But regardless of its flaws, Dune completely captured my imagination as a boy and it fascinates me to this day.

Dune is the most beautiful Science Fiction production I have ever seen. Period. The sets, production design, costumes, and artwork that went into every frame is like David Lynch created a true moving painting. And the film explores some of the most intriguing concepts of any movie I have seen before or since. And while many of those concepts are from the original novel by Frank Herbert, some of the concepts, like the sound weapons via the Weirding Modules, are completely original to the film itself. 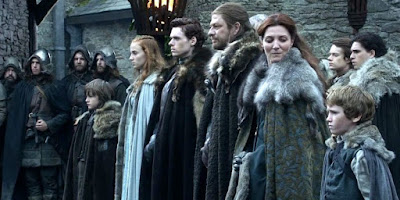 And I would wager that George RR Martin was more than a little influenced by both the novel and film version of Dune when he wrote his Song of Ice and Fire series, which HBO has been adapting into their phenomenally popular TV show Game of Thrones (2011-2019). The Starks and Atreides have conspicuous always possessed similar qualities and traits that stuck out to me. 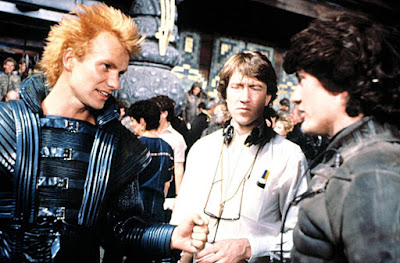 After some unfortunate betrayals in the post-production process, David Lynch lost the heart to create his own official Director's Cut. Which is a shame, since I think many of the compromises and hardships David Lynch suffered throughout the making of this film actually make the film uniquely fun and engaging in ways that more mainstream blockbuster action-adventure films rarely are.

Even the great musician and singer Sting shows up to deliver an amazing, manic performance as the psychotic Feyd Rautha, who remains one of my favorite onscreen villains. My love for the film has even led me to create a well-known and popular fan edit of the film titled: Dune: The Complete Saga. It includes nearly all the available footage out there from different cuts and deleted scenes. Other fan edits exist for Dune, but mine tends to be most popular among fans wanting the most comprehensible cut and the most complete David Lynch film experience.