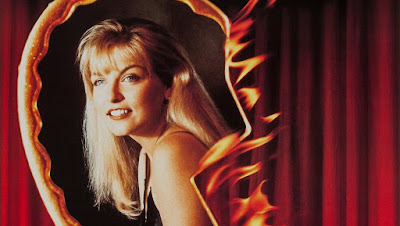 In anticipation of David Lynch and Mark Frost returning back to television with their classic cult series Twin Peaks (1990-91) on Showtime's Twin Peaks: The Return (2017), Red Letter Media brings the prequel film Fire Walk with Me (1992) under the magnifying glass on their cult classic discussion and review series titled, "re:View."
Jay Bauman returns from his former analysis of Eraserhead (1977) to again lead a discussion of one of the most controversial films of David Lynch's filmography, "Twin Peaks: Fire Walk with Me (1992)." A thoughtful discussion of FWWM and how its uniqueness and strangeness have defied audience and critical expectations for over a quarter of a century. And how its unique blend of dark humor, horror, and surrealism make it an enduring classic.