David Lynch Talks About the Cowboy Scene from Mulholland Dr. 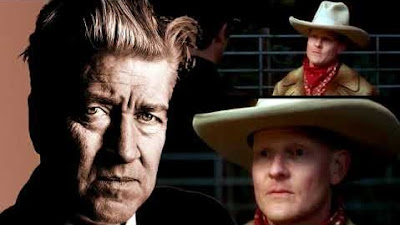 David Lynch discusses in this interview snippet how some of his personal beliefs bleeds into The Cowboy's dialogue during the classic ranch scene set in Hollywood Hills in his most critically acclaimed film to date: Mulholland Dr. (2001).
David Lynch often speaks of how his beliefs and philosophy frequently informs his artwork, but this is a rare instance where he is fairly specific about a particular scene's dialogue's relationship to his thoughts on personal attitudes.

Posted by Michael Adam Warren at 8:15 AM