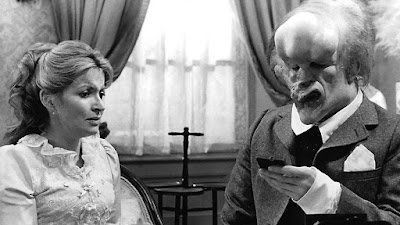 David Lynch's The Elephant Man (1980) is a true cinema classic and is typically the first David Lynch film most people watch in the course of their life. As I mention in my book series 40 Years of David Lynch, although it is just the first conventionally shot film of David Lynch, The Elephant Man remains his most Oscar nominated film of his entire forty-plus year career.
I have heard some arguments that this film is actually the peak of David Lynch's film career, and in some ways it definitely was. After all, based on Lynch's success with this film, George Lucas offered him the chance to direct Star Wars Episode VI: Return of the Jedi (1983) and Cameron Crowe tried to get him to direct his film Fast Times at Ridgemont High (1982). Honestly, this was the one moment when David Lynch had his pick of the crop and could direct any movie he wanted to in the whole world. At that moment, nearly everyone was knocking on his door. 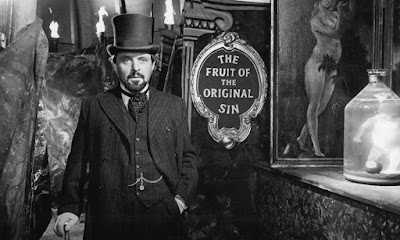 And you know what, every time I rewatch The Elephant Man, I can see clearly why David Lynch was the "go to" wunderkind of that era. This is one of the most spectacular films ever made and it evoked the spirit of Victorian England in a way no other film has before. It is easy to see why this film still connects to audiences so profoundly today and remains with many the favorite among all his film work. It is superb art.