Mulholland Drive: How Lynch Manipulates You

Evan Puschak (a.k.a. The Nerd Writer) has carved out a great niche for making brief, yet informative videos wherein he analyzes art, cinema, television, and popular culture. One such nugget is found in Puschak's analysis of David Lynch's directorial style in the acclaimed film: Mulholland Dr. (2001).
Puschak argues that through Lynch's meta commentaries on the nature of film reality, the director is also asking us to question our own perceptions of reality. As in Lost Highway (1997), David Lynch seems obsessed over the ways the human mind tricks itself into believing parallel versions of reality in which we are the heroes of our own story instead of the villains. 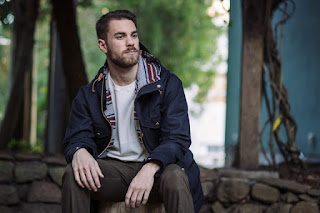 Evan Puschak is one of my favorite YouTube contributors and his Nerdwriter Channel contains a plethora of quality videos to help people mine deeper into the arts for hidden symbolic meaning. He is definitely filled with intriguing ideas worth exploring and I highly recommend checking out his many videos for yourself. 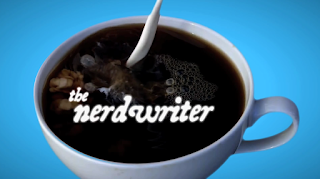 I decided it is time to run a series of blogs on Blue Rose Epics to feature the best video essays and interviews related to David Lynch and his body of work. I have come across some great material over the years that Lynch fans would love to hear. Whatever I post, the videos are going to be thought-provoking and typically entertaining. I will post some of the best Lynch-related video essays and interview to continue advancing the discussion of Lynch's work and help bring attention to his remarkable work for a whole new audience.