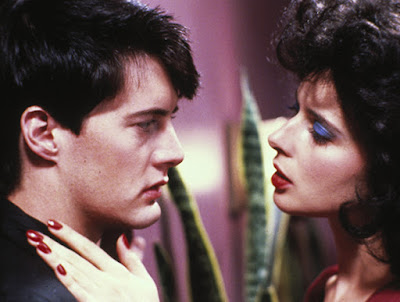 Blue Velvet (1986) might just be the Lynchiest Lynch-Film that ever got projected at movie theaters. It is a movie that perfectly unfolds a mystery before your eyes with an adept use of surrealism that somehow winds up enhancing the reality of the drama rather than diminish it. Blue Velvet is a voyage of the mind and soul that is fully complete, although keeps you wanting more.
It is this very quality of wanting more that probably led David Lynch and Mark Frost's mutual agent to insist the two collaborate for a project on television that would fulfill a similar niche. Twin Peaks (1990-91) was originally conceived as essentially Blue Velvet for TV, but over time they expanded on that show to make it into something much more. But we will speak more on Twin Peaks later. 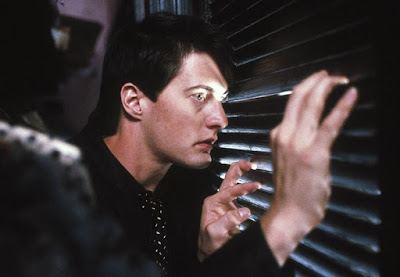 Suffice it to say, Blue Velvet (1986) is an unforgettable experience and Renegade Cut's video essay in the above video clip is an excellent resource when analyzing the film and pondering its deeper meaning. The film was extremely controversial for its time, generating a lot of heated debates among film critics, most notably Siskel and Ebert.