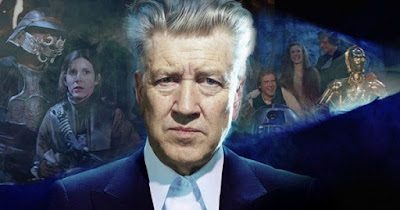 I discuss these anecdotes in greater detail in my book series 40 Years of David Lynch, but nothing beats hearing the stories of his interactions with Stanley Kubrick and George Lucas from the mouth of David Lynch himself. Listen to the gifted storyteller talk about these fascinating run-ins from his early film career.
David Lynch is on record as listing Stanely Kubrick's Lolita (1962) as one of his top five favorite films. And when looked at as a whole, there are few film careers that have been more influential on David Lynch's film style than Stanley Kubrick. And it is touching to see how much respect David Lynch has for George Lucas, in spite of their differences of opinion and style.