Trailer for Electric Dreams (2017-Present) Based on the Work of Phliip K. Dick 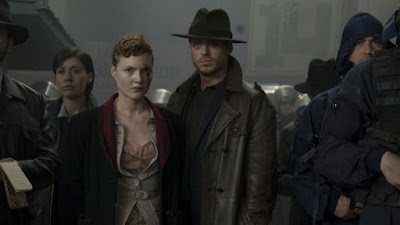 Phillip K. Dick is a game changing science fiction author who was way ahead of his time. Ever since his untimely death in 1982, Hollywood was been trying to catch up with Phillip K. Dick's dark, yet remarkably human works of science fiction literature. Hot on the heels of their ongoing, successful adaptation of Dick's The Man in the High Castle (2015-Present), Amazon Studios has developed  and acquired a brand new anthology series based on Dick's short stories that have yet to be adapted to screen.
Many are drawing comparisons to another successful UK-based science fiction anthology series Black Mirror (2011-Present), but I suspect Electric Dreams will be a flavor and style completely its own. Many of Dick's stories have been notoriously difficult to adapt faithfully into movies in the past, so I have to admit that this approach seems inspired. It should give each story enough room to breathe without having to add in unnecessary filler to pad its running time for theaters.
Even the less successful Phillip K. Dick adaptations have always contained a plethora of fascinating concepts and ideas, making even the weakest adaptations of his work well worth a visit on film. And those adaptations when done well result in some of the most entertaining and thoughtful science fiction films of the past four decades. 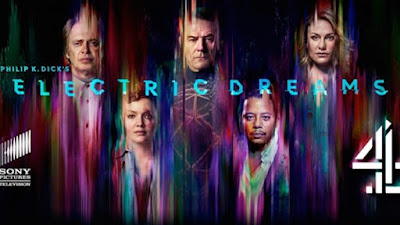 And you know the showrunners are taking this seriously with the all-star cast they gathered, consisting of greats like Bryan Cranston, Steve Buscemi, Essie Davis, Geraldine Chaplin, Anna Paquin, Greg Kinnear, Terrence Howard, Richard Madden, Holiday Grainger, Liam Cunningham, and Timothy Spall, to name a few.
And no, this anthology series for television has nothing to do with the gloriously cheesy 80's B-movie romantic comedy marvel that is also called Electric Dreams (1984). Although it has nothing to do with Phillip K. Dick's work, the old-school Electric Dreams is all sorts of corny fun as a mild-mannered everyman's computer develops sentience and starts interfering in his owner's love life. The unrelated 80's Electric Dreams is so absurd and ridiculous that it crosses over the cheese threshold into something oddly entertaining. Definitely worth a watch when you're in the mood for something light, which might come in handy after encountering the downer endings of some of Dick's stories about to be showcased in the other Electric Dreams.