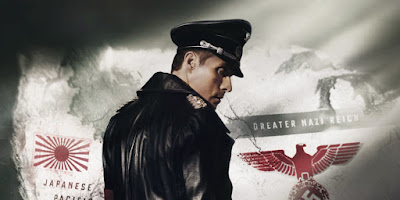 Philip K. Dick's premise for the original book that Amazon's The Man in the High Castle (2015-Present) is adapted from, may seem simple enough to the naked eye, "What would the world be like today (in the 1960's) if the Nazis had won World War 2?" But is fascinatingly complex when applied to the practical day-to-day life of the typical American. What is it like to live under a fascist-socialist-racist government where all human beings do not have inalienable rights any longer?
The Man in the High Castle (2015-Present) is one of the most intriguing "what if" stories ever written by one of the most fearless authors of the 20th Century, Philip K. Dick. I will have much more to say about this TV series in the future, but for now let this sneak peak clip premiered at New York Comic Con 2017 provide a glimpse at the complexity of a Nazi state investigating the alternate dimensions of the multiverse in the hopes of conquering them all some day.