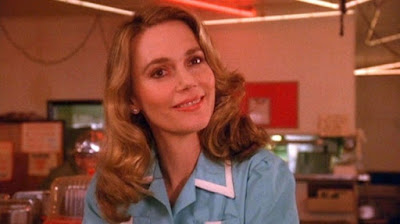 I am sad to write that one of the sweetest women in the world, Peggy Lipton, passed away yesterday on May 11, 2019. Although she was 72 years old, you could hardly tell by looking at her. By all accounts, she was a remarkable mother, a talented actress, and a pop culture icon that helped inspire a generation of girls and young women. I want to take a moment away from my revisions and editing of my 40 Years of David Lynch series of books to join in mourning with the rest of the world over the loss of this incredible woman and truly memorable performer. 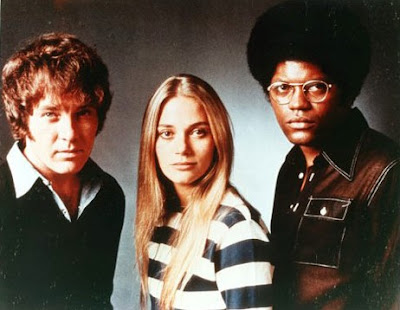 Among her vast filmography and list of achievements throughout her life and screen career, she inspired many women in the 60's and 70's with her strong performance as the tough-as-nails undercover cop Julie Barnes on the hit TV show Mod Squad (1968-73) and was the mother of model Kidada Jones and another great actress in her own right, Rashida Jones. Rashida has made a name for herself in a small but pivotal role in David Fincher's modern opus The Social Network (2010) and also in popular sitcoms, like The Office (2005-13) and Parks and Recreation (2009-15).

I personally came to love Peggy Lipton for her near-angelic portrayal of Norma Jennings, maker of immaculate pies at her Double RR Diner in the David Lynch and Mark Frosted created town of Twin Peaks. In many ways, Norma represented the spiritual center of Twin Peaks (1990-91) and Twin Peaks: The Return (2017). From working with Laura Palmer on the Meals on Wheels and shepherding the waitresses who worked for her like they were family, Norma had her finger on the pulse of the town like few other characters did.
While wild and crazy shenanigans would spin circles around Twin Peaks, causing the characters' lives to digress into turmoil, any character could take a brief respite from the storm and enjoy a small slice of perfection through her delightful, traditional confections. In the words of the main audience surrogate and point-of-view character, Agent Cooper, "This must be where pies go when they die."

Norma and Big Ed were doomed most of their lives to a perpetual standoff for their relationship and feelings. Between Hank Jennings' crimes and schemes and Nadine's needy madness, the two true loves seemed caught in an endless orbit until a recently empowered Nadine in The Return decided to get her life in order and let go, allowing the two perennial lovers finally to marry each other.
I never had the pleasure of meeting Peggy Lipton, but that is definitely my loss and a part of me will always be sad that I missed my opportunity to interact with her in person. She seems like a truly bright, warm, and gracious soul and our world grew a little darker the moment we lost her. Any future Twin Peaks projects will not be the same without her.
I imagine it is particularly difficult on Kidada and Rashida to lose their mom the day before Mother's Day. So if by chance, Peggy's daughters, extended family, friends, or colleagues stumble on this blog, then please know you have my deepest condolences for your loss. And as much as future Mother's Days will surely remind you of Peggy's death, let it also remind us of her life and dedication to being a mother.
Posted by Michael Adam Warren at 1:57 PM