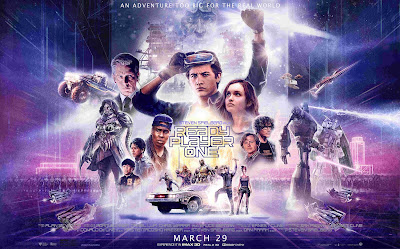 Ready Player One (2018) is an amazing film given the nexus point we live in today where lines between books, movies, video games, and virtual reality are beginning to bend and blur. But rather than preach at us from a soapbox, Ready Player One delves into some challenging concepts, which gives it a slightly slow narration-heavy opening. But ultimately, the story and character development balances out with the exposition and provides an entertaining film experience, and it does so with childlike abandon.
Yes, Ready Player One is a nostalgia fest. Yes, this movie is jam-packed with so many pop culture Easter Eggs that it will make your head spin. Yes, you will see Voltron and the Iron Giant fighting Mecha-Godzilla. And god bless the original book's author Ernest Cline and Steven Spielberg for attempting to pack in as much 80's awesome as possible into this story. It is the kind of fun every child imagines, as we blend heroes and artifacts from all the great entertainment franchises. 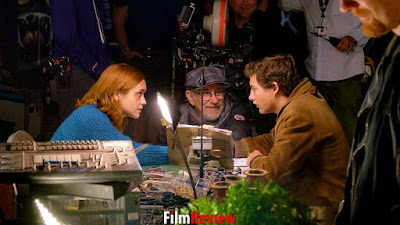 And I have not had this much fun at a Steven Spielberg film since 2002, when he made Catch Me if You Can (2002) and his criminally underrated science fiction action-adventure extraordinaire Minority Report (2002). When we take into account his recent Oscar-driven The Post (2017) was also exceptionally strong, I hope this marks a permanent resurgence of the Steven Spielberg we always loved most. Back when he was madly in love with filmmaking and we could feel it. In many ways, we can feel it again.

Not yet having read the original novel that movie is based on, I cannot attest to how faithful Mr. Spielberg's translation was of the book to screen. But the movie performs the ultimate feat any film adaptation can do and that is make me want to read the source material for myself. And from what I can tell, I feel there was a lot more material cut from the book that would have been vital to experience. The film was so dense, yet I could tell we were just scratching the surface of this story world. It left me wanting so much more. 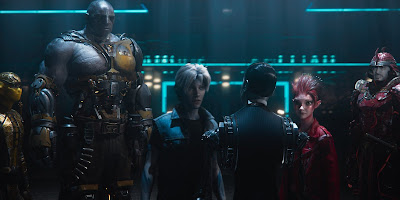 But what I love about Ready Player One, in spite of some notable pacing and tonal flaws throughout, is Steven Spielberg is clearly a child again while directing several sequences. And his glee translates to ours. We are already reaching a peak point in society where social media is beginning to alienate people as much as it draws us in together. It is a confusing conundrum to figure out how to balance real life with our online persona. 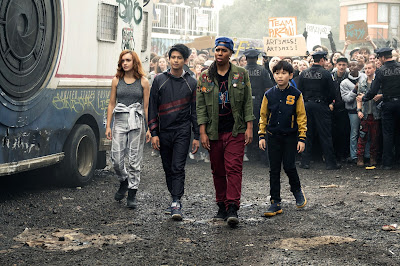 And I think there is something poignant about showing how something as seemingly trivial as an online game can inadvertently provide friends and family to those who think they have neither. As in-game success and failure can lead to real-world game slavery, I am reminded of the many prison inmates in China who are assigned by the government to mine for gold in World of Warcraft, so they can sell the in-game commodity for real-world dollars. 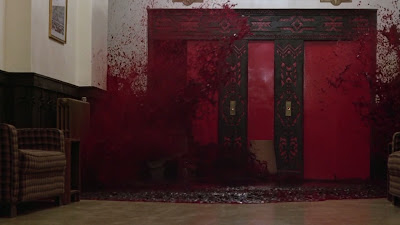 I am hesitant to mention my favorite sequence from the film, since it is never hinted at in trailers or marketing material, but it is too cool for film buffs to not discuss. And, of course, I am referring to the level of the game patterned loosely on Stanley Kubrick's The Shining (1980). The character Aech, who never watched it before, was a hilarious POV as she explores the Hotel and gets lost in its maze of corridors. 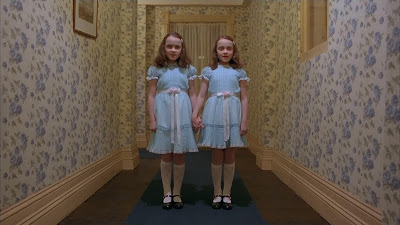 Some moments of the sequence feel eerily like being back in the old haunted hotel from the film, and other moments feel like a parody of hack 8-bit video game designers, who were desperate to come up with simple game mechanics for strangely cerebral film scenes. It is absolutely hilarious and is a standout scene that Steven Spielberg seemed passionate about, given his own personal long-time friendship and collaboration with Kubrick on A.I. (2001). 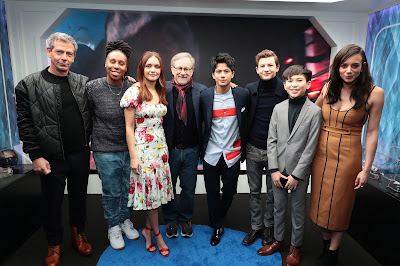 If there are any flaws to point out, it is the fact that Steven Spielberg loses a little bit of his personal imprimateur on some sequences of the film. And some of the joy of video gaming rings a little hollow, at times, making be suspect Mr. Spielberg might not be the biggest fan of video gaming in his personal life. Because of this, some glory moments fall a little flat.

But to Steven Spielberg's credit, he clearly assembled a group of gamers behind-the-scenes to help bring story to vivid life and he orchestrated the whole production beautifully. So while I am a little disappointed that there was not more raw film energy to enliven everything perfectly, I do think Steven Spielberg does relate to the creator of "The Oasis," and is troubled by the direction he sees the next generation of filmmakers going. 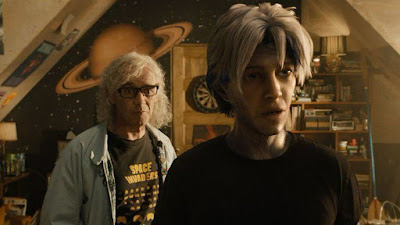 I think Ready Player One contains some mild chastisement from Spielberg to the rest of humanity for sometimes ostracizing and rejecting creative individuals. With his good friend, George Lucas, having recently signed over all the rights for Star Wars over to Disney, Spielberg has to feel a little sensitive about the possibility of creators allowing their creations to be corrupted by selling out to corporate and/or monetary interests. 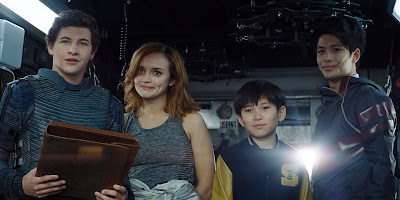 But to his credit, Steven Spielberg pulls together a remarkable cast to deliver one of the most entertaining film experiences of his career, particularly from the past two decades. I hope this is a sign of things to come and the beginning of a whole new age of classic Spielberg films. 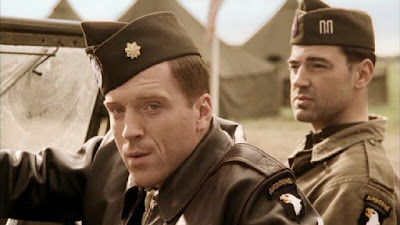 But as great as it was to watch Ready Player One as a big blockbuster film experience, a part of me kind of wishes he had turned this movie into a limited HBO mini-series and gave the plot and characters a chance to breathe and grow on us even further, in the vein of his former work producing the World War II classic Band of Brothers (2001). But for the more full experience, I cannot wait to Buy the Novel and experience the full story for myself.