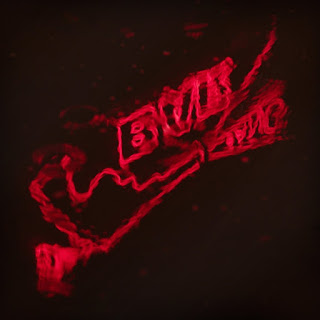 Today we get to enjoy the release of the full official soundtrack for David Lynch and Mark Frost's Twin Peaks: The Return (2017). The release is split into two different releases, with the Roadhouse acts plus a few other treats of lyrical songs on the one album, and the instrumental score music on the other album. Both albums are being released on MP3 download, Audio CD, and Vinyl, so you are sure to find your perfect format. 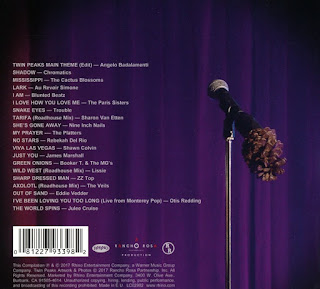 On the first album you get every Roadhouse performance and then some, from Chromatics to Nine Inch Nails to Julee Cruise, this album is a solid gift for all moody and atmospheric music lovers, whether they are Twin Peaks fans or not. No other TV soundtrack is remotely like this release. 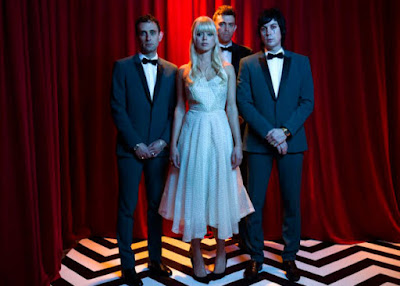 Here we have established names like Pearl Jam's Eddie Vedder, famed Mulholland Dr. (2001) vocalist Rebekah Del Rio, and smaller up-and-coming indie bands like Au Revoir Simone contributing original songs and hit songs. Not many soundtrack albums will feature such a solid mix, which is a testament to David Lynch's ability to draw in talented people for what may likely be the swan song of this great director's career. 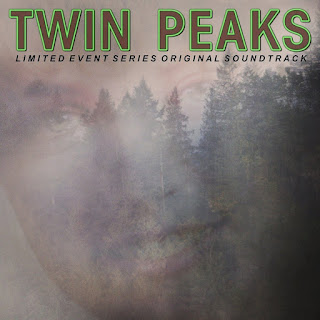 And of course the second album primarily features the magnificent compositions of long-time David Lynch collaborator and celebrated soundtrack composer Angelo Badalementi, whose unique touch helps instill the album with the classic flavor of the original Twin Peaks, but with a healthy dose of original changes to make it sound fresh and unique to The Return's tone, too. 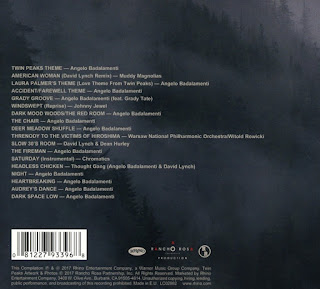 In addition to Angelo Badalamenti's bold score, we get a few pieces from Johnny Jewel of the Chromatics fame and Witold Rowicki's Threnody for the Victims of Hiroshima from the much discussed and celebrated Part 8 of The Return. This album blends the terrifying with the beautiful in a way only Twin Peaks can....